“Let the wild rumpus start!” – Maurice Sendak, Where the Wild Things Are

At age 5, Renzi has a clear idea of his spirit animal. As he exclaimed the other day, breathless with elation, “Moma, moma, I can get a unicorn now. I’m not afraid of heights anymore!” He lights up at the unicorn paraphernalia I present to him daily (I swear I am not to blame for his obsession). But I’m convinced that he could just as well be a pink dolphin, or a similar river creature. A hippo might be more pertinent to our lives on the Zambezi, but I think he’d be more flattered with a pink dolphin. He is a child of the river and has been since the age of one, when we began spending months at a time based at our lodge and home in Zambia, Royal Chundu.

The people we share the riverbank with are his friends. The guides at Royal Chundu are his mentors and teachers. They are men and women who have been present for so many firsts – firsts that so often encompass the river that has become their playground. It’s a river that isn’t without its dangers. Yet, in spite of the crocodiles we pass sunning their scales on the rocks, the elephants that amble down to the water in herds, and the hippos that emerge without warning, in a canoe or on a boat on the river, Renzi enters a land I remember seeing as a child. A land not unlike Maurice Sendak’s “Where the Wild Things Are”, where an already wild and wonderful world is further amplified by the infinite imagination of a child excited with life.

As with every land of wild things, we have rules: no body parts are to ever touch the Zambezi, a guide (mentor, friend, fellow adventurer) must always accompany little ones. But other than that, the river is theirs to explore, to learn from, and to have fun with; its African fish eagles and skimmers, snakes and Cape clawless otters are theirs to meet, watch, talk to, contemplate and appreciate. Growing up with this great African life force pulsing through their own lives, both Renzi and Carlos are not oblivious to the river’s dangers. They just aren’t impeded by them. It’s an attribute I hope they carry with them throughout life – courage in the face of a challenge and a heart that lusts for the magical in life, that sees the beauty in all things.

Perhaps we can settle on a pink dolphin unicorn, a mythical river creature and symbol of purity, magic and healing… a spirit animal to remind, if not both boys (Carlos is less unicorn and more earth-bound horse, which has many noble qualities of its own…), then at least Renzi, of the river and its magic. And a reminder that that magic exists if he is only open to seeing it. 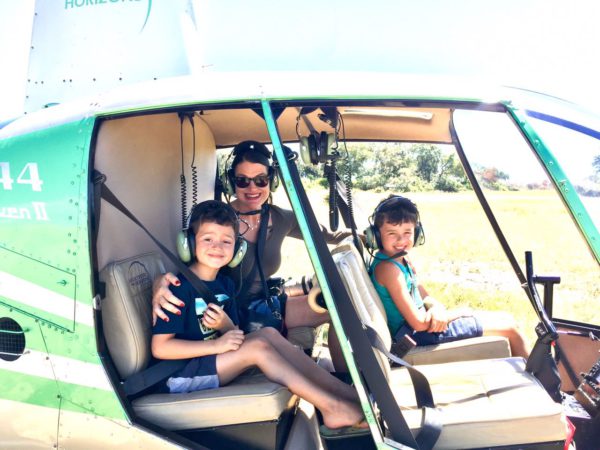 Carpe Diem in the Okavango Delta 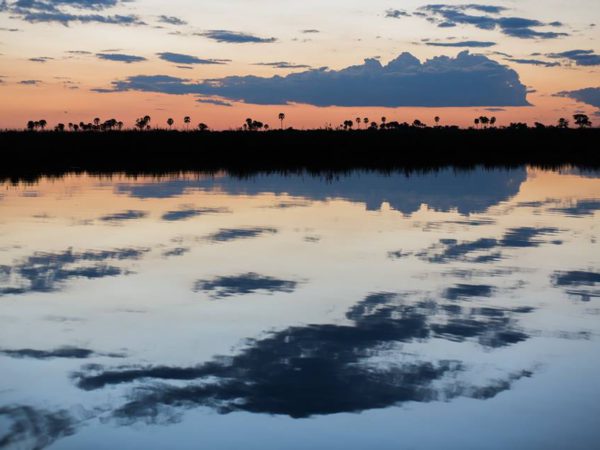